Digital evaluation in the enforcement.
For the protection of people and the environment.

DiEva: A top digitalization project for implementing complex material-specific sets of rules in the administration

DiEva offers the market surveillance an intelligent and interactive communication platform for asking companies about their compliance with statutory requirements and evaluating the responses with respect to their legal conformity. DiEva is currently able to map environment- and OHAS-related sets of rules like the REACH Regulation or POP Regulation. The list of rules and regulations is freely expandable, however. 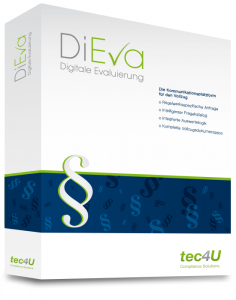 What are the advantages of using DiEva for the enforcement authorities?

How can companies benefit from DiEva?

Interested? Find out all the details about DiEva here:

DiEva meets the criteria for a top digitalization project with its innovative character and uniqueness across the nation. The benefit in the implementation of the complex subject areas of the REACH and POP Regulation is extensive. The enforcement effort for administrations and companies is rendered markedly more efficient and thus also cost-efficient. Top digitalization projects are developed in cooperation with the Saarland’s regional government for introduction to the economy, science and society. 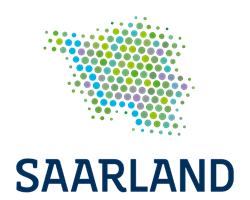